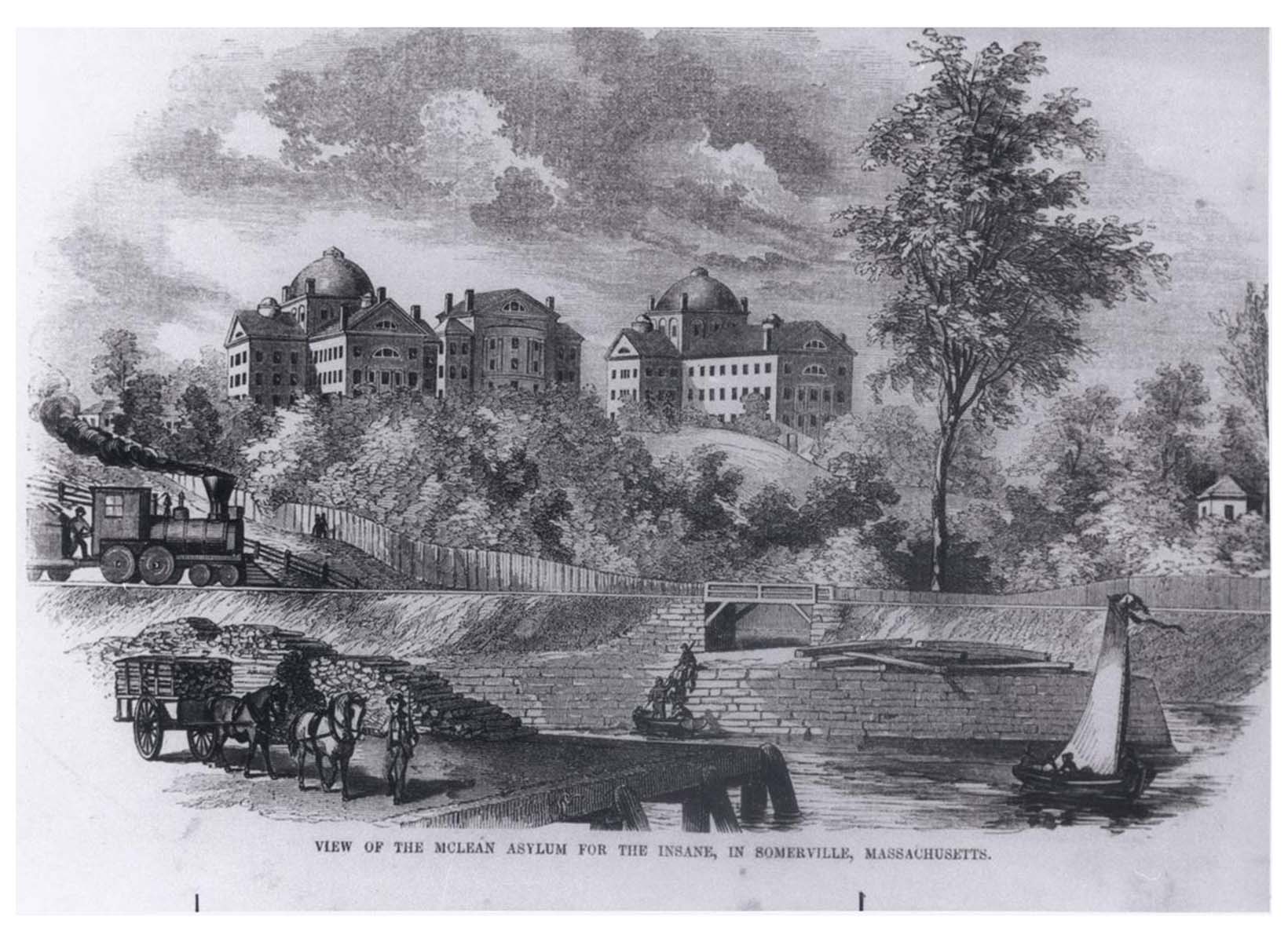 "The Asylum for the Insane" 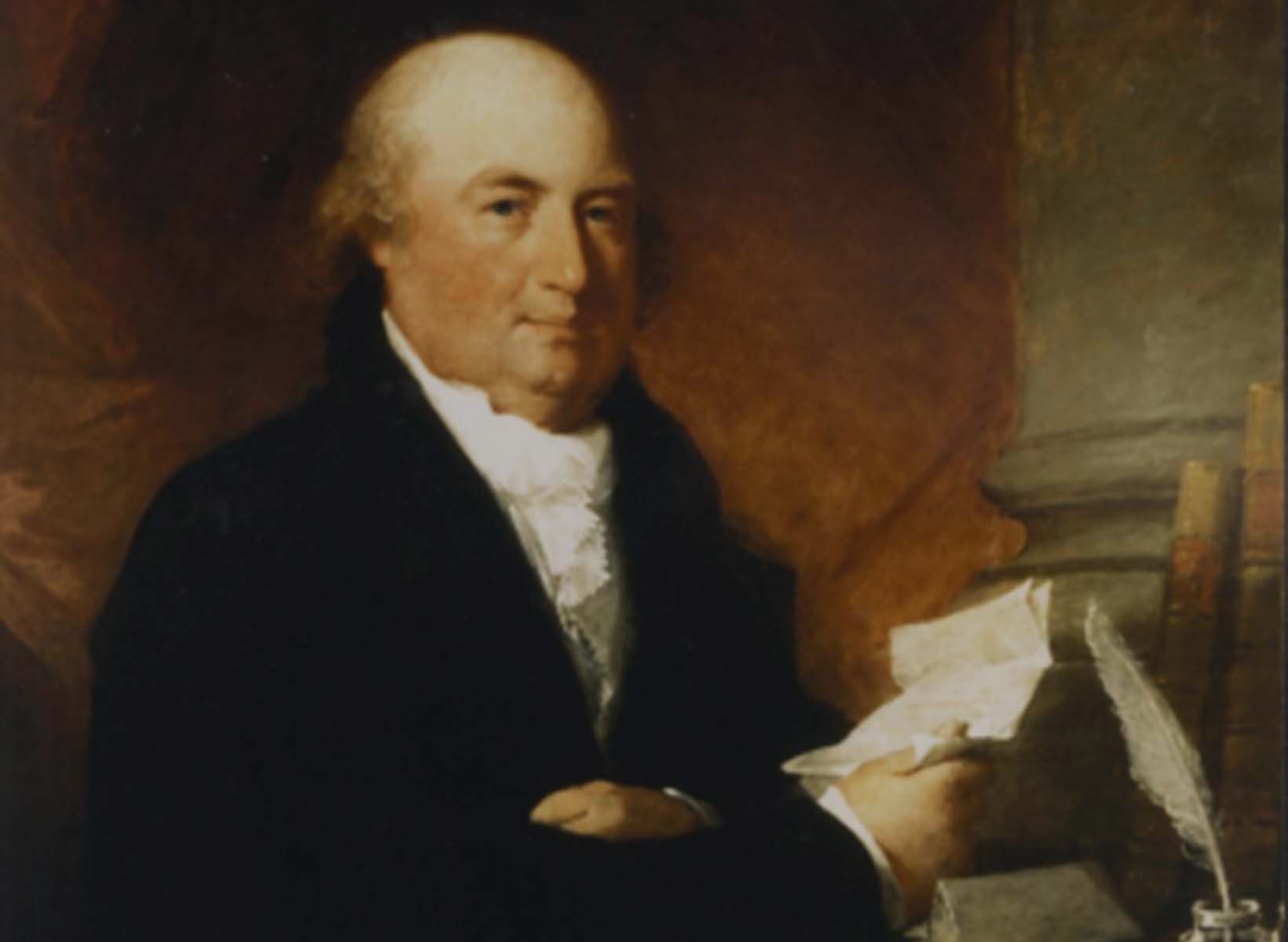 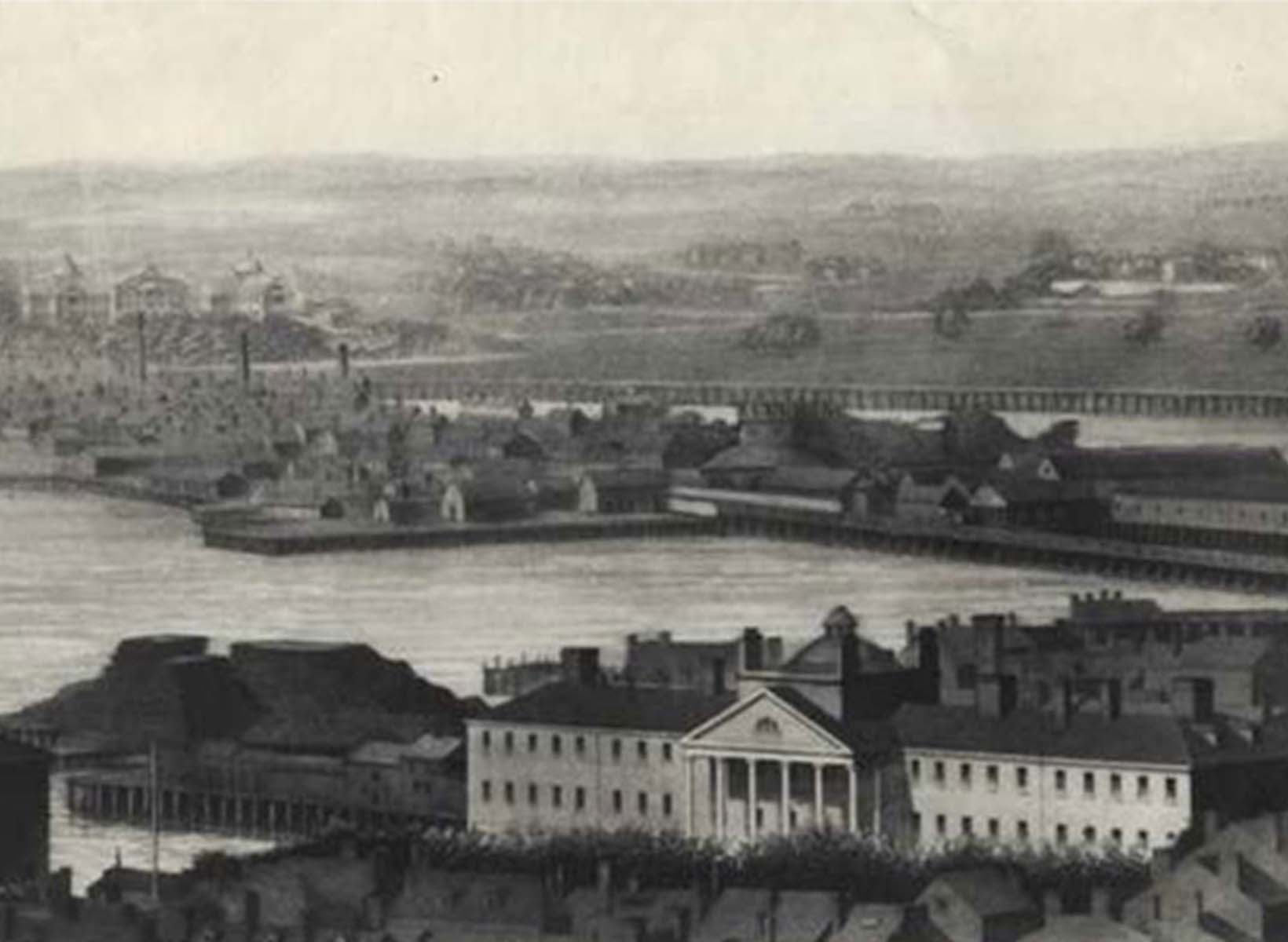 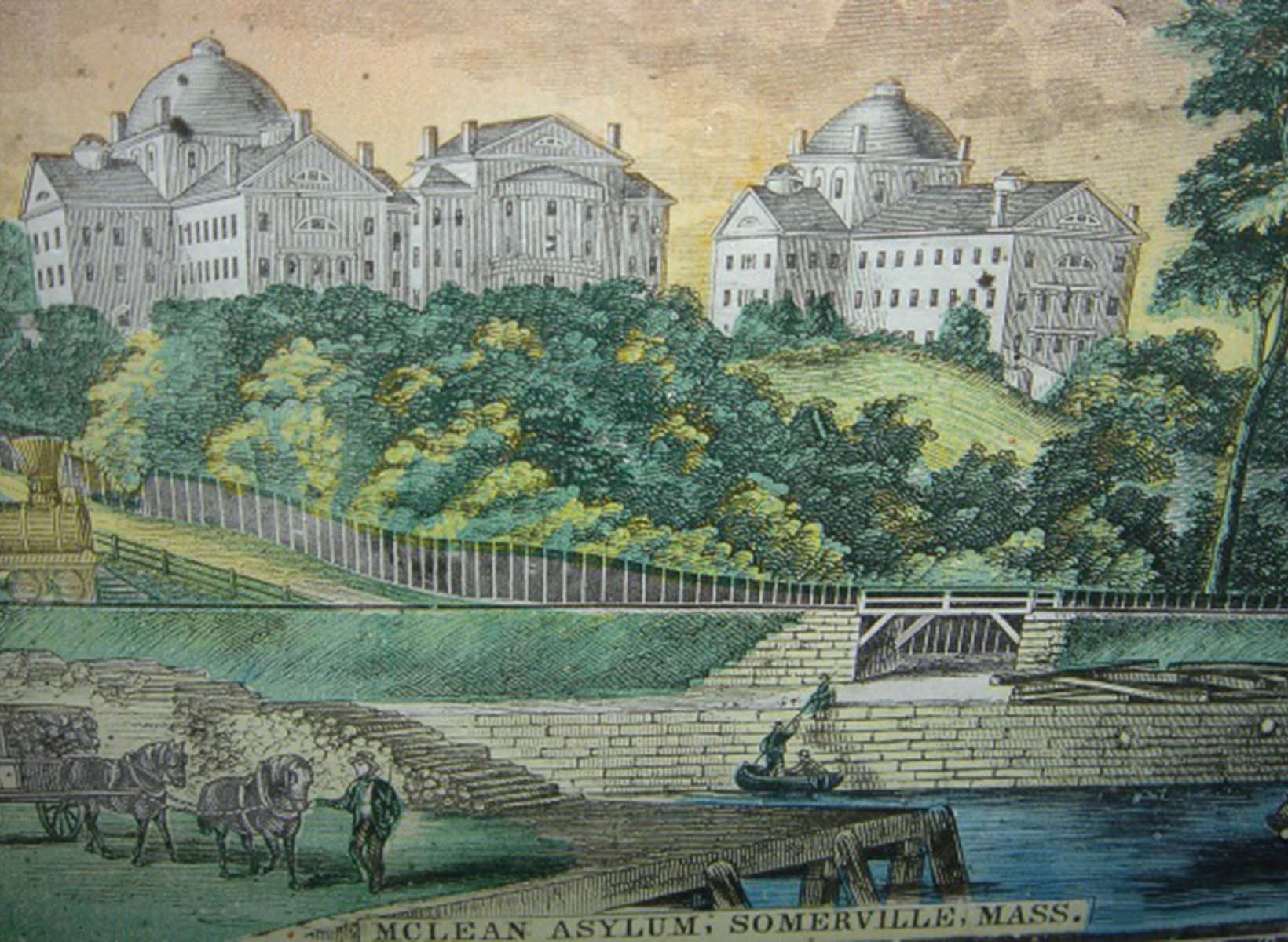 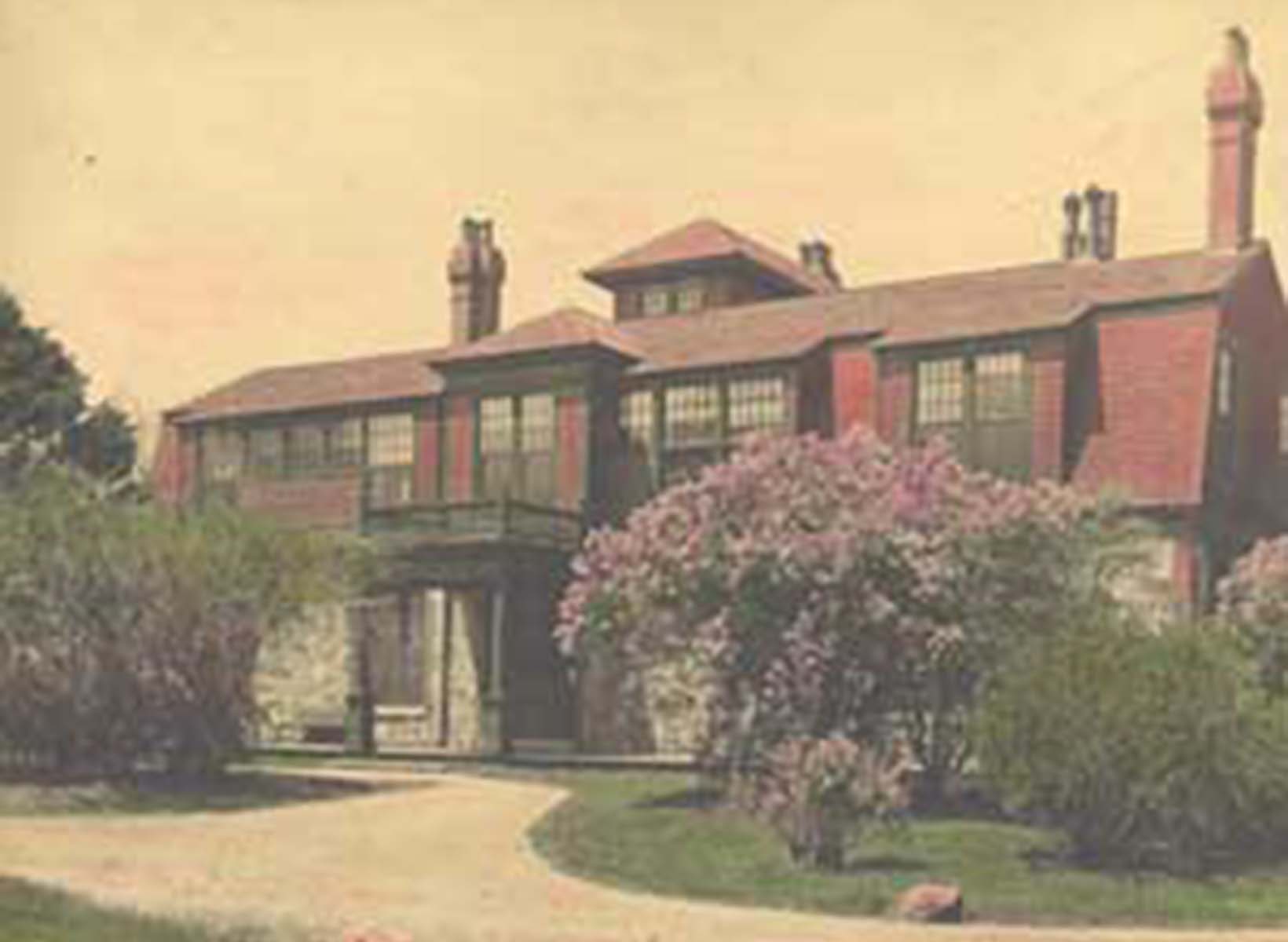 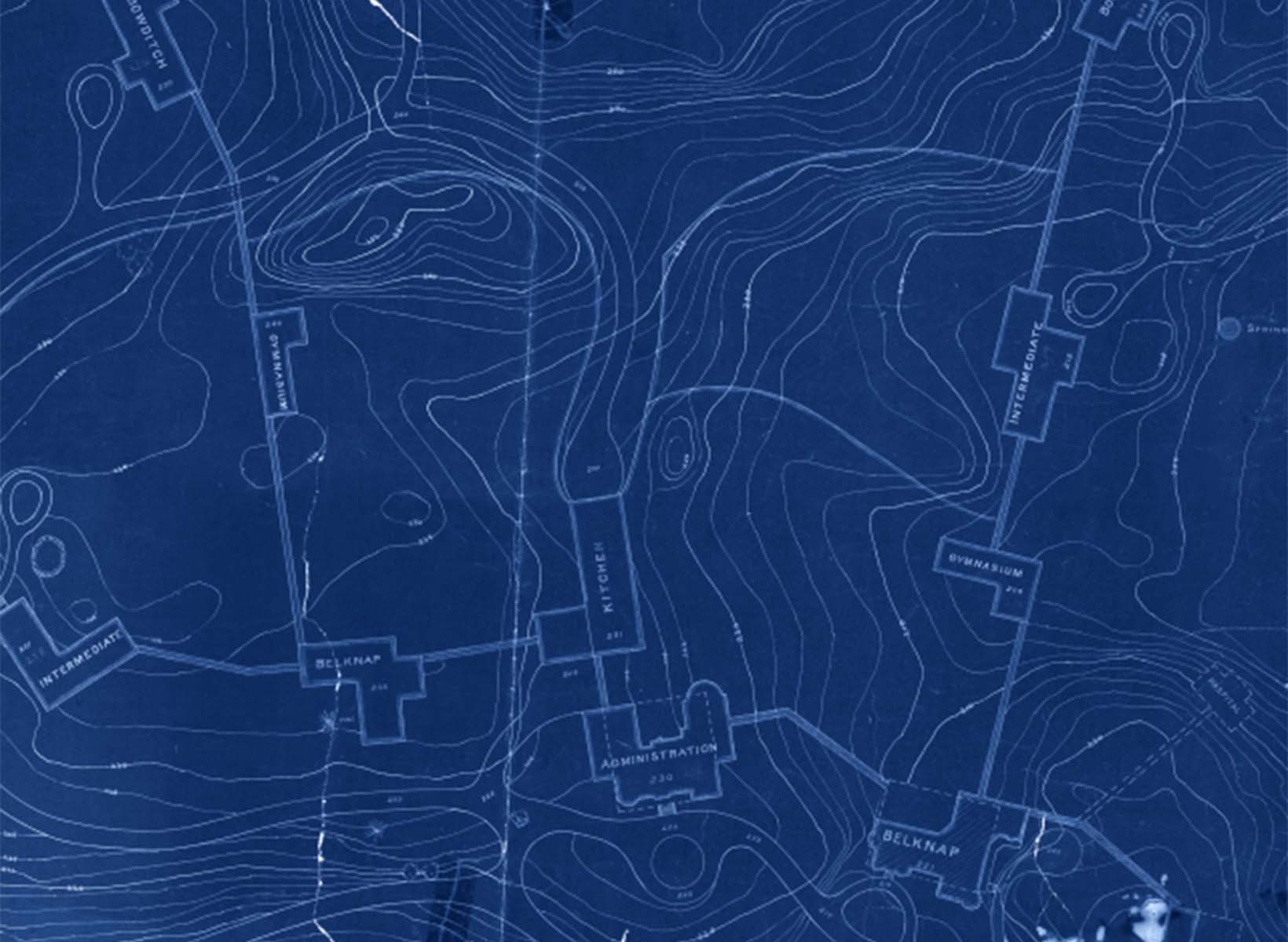 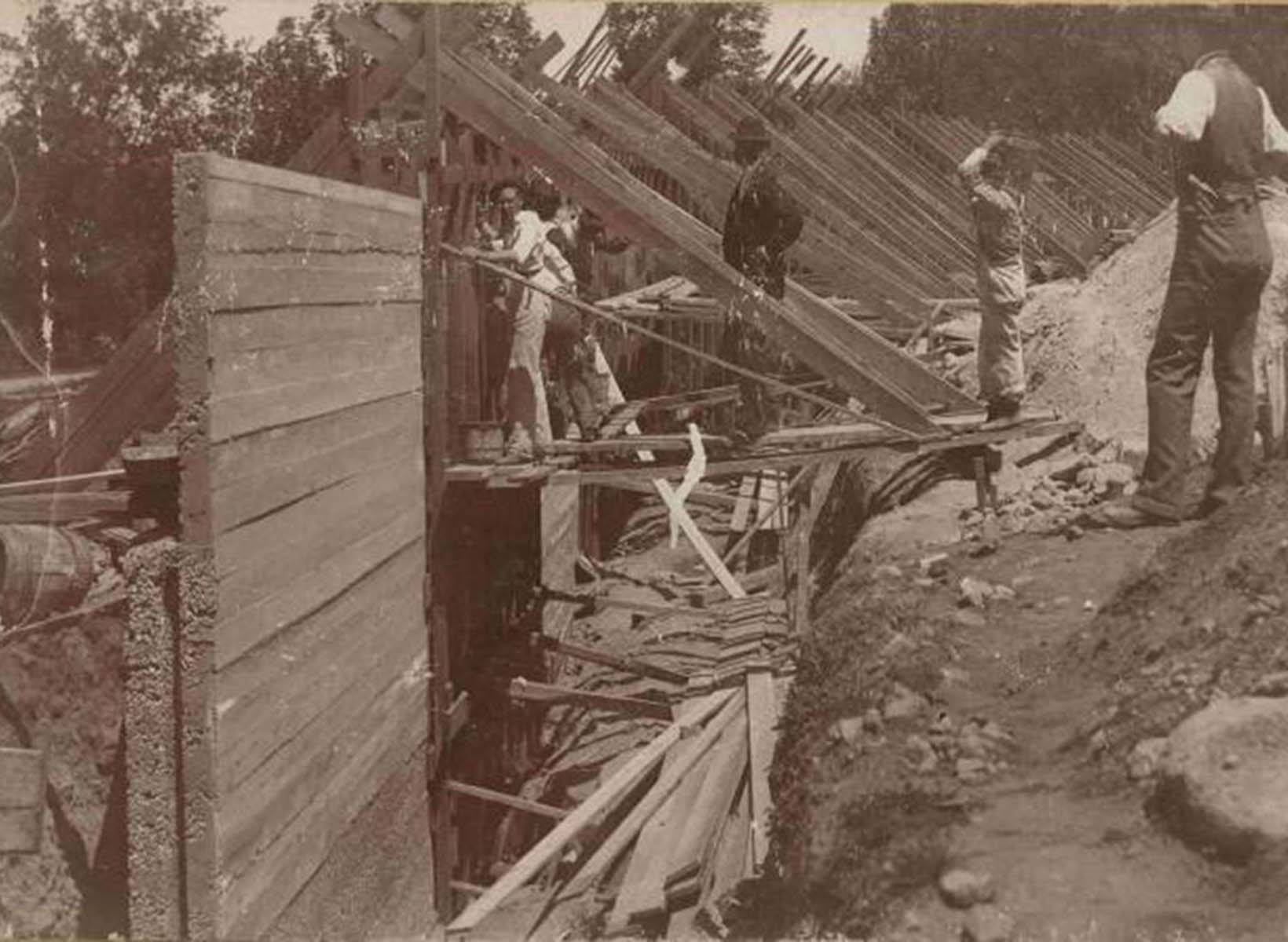 Construction work on the McLean tunnel system at the hospital's Belmont site began in 1893 and was completed in 1895. 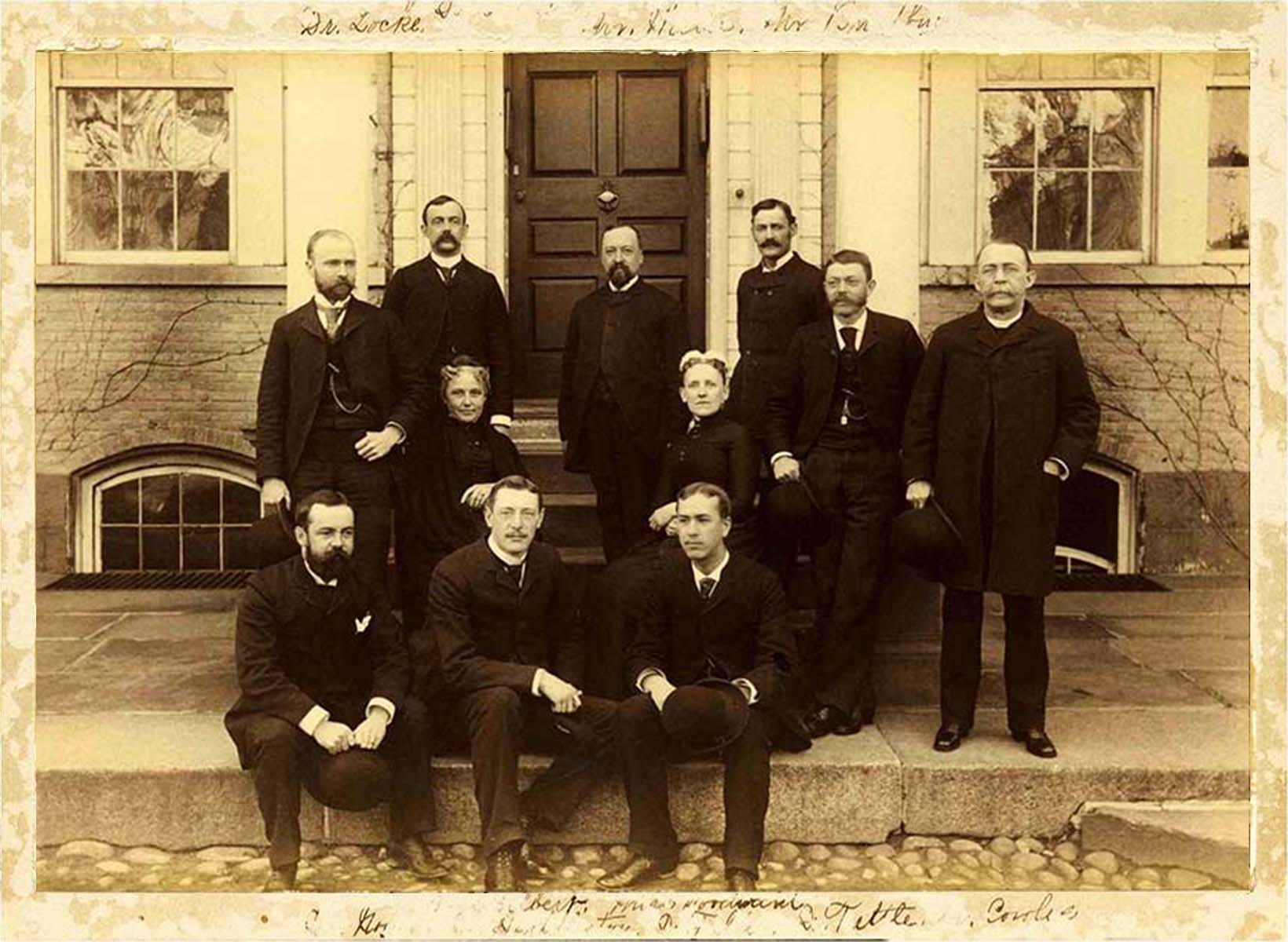 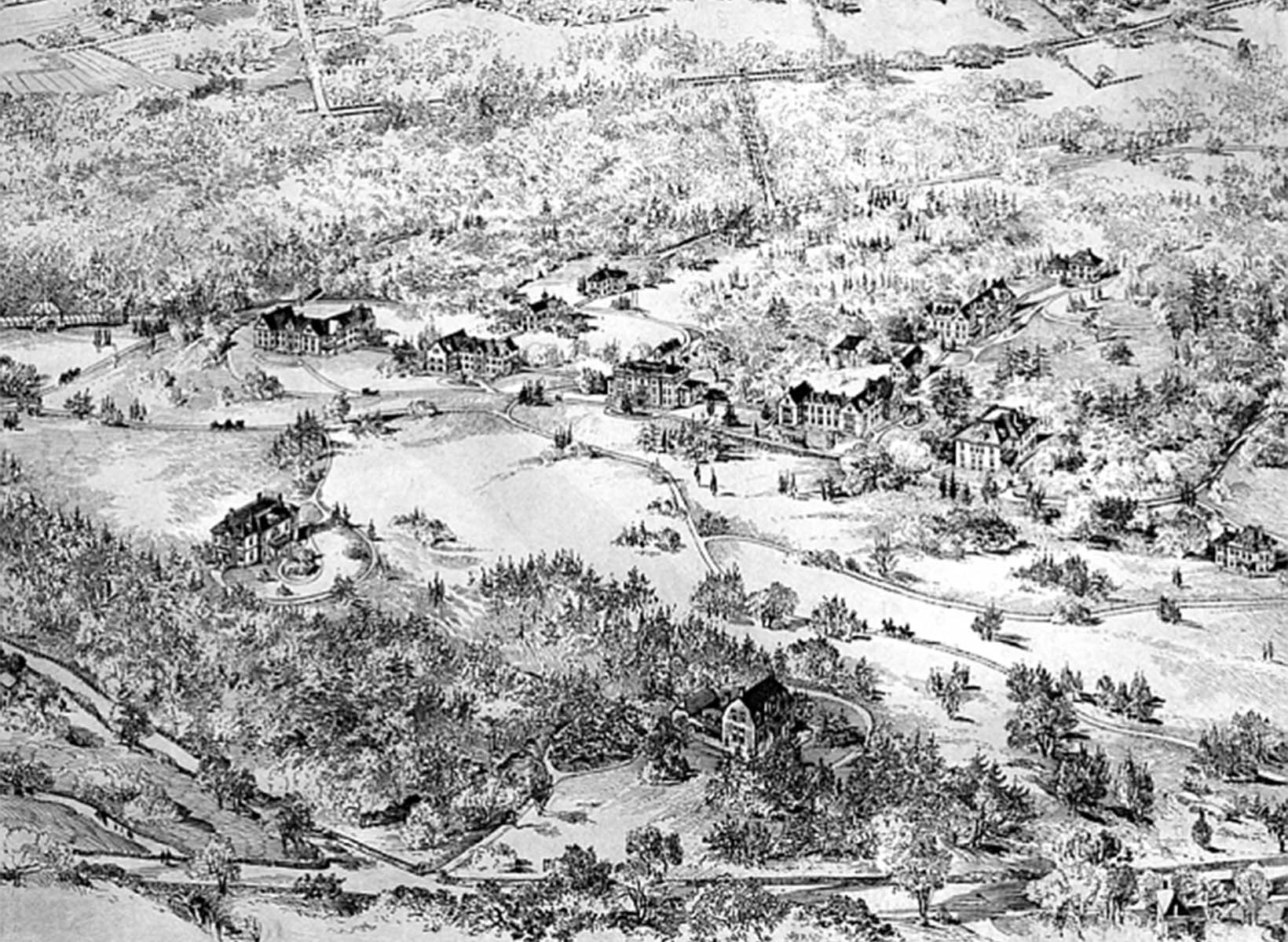 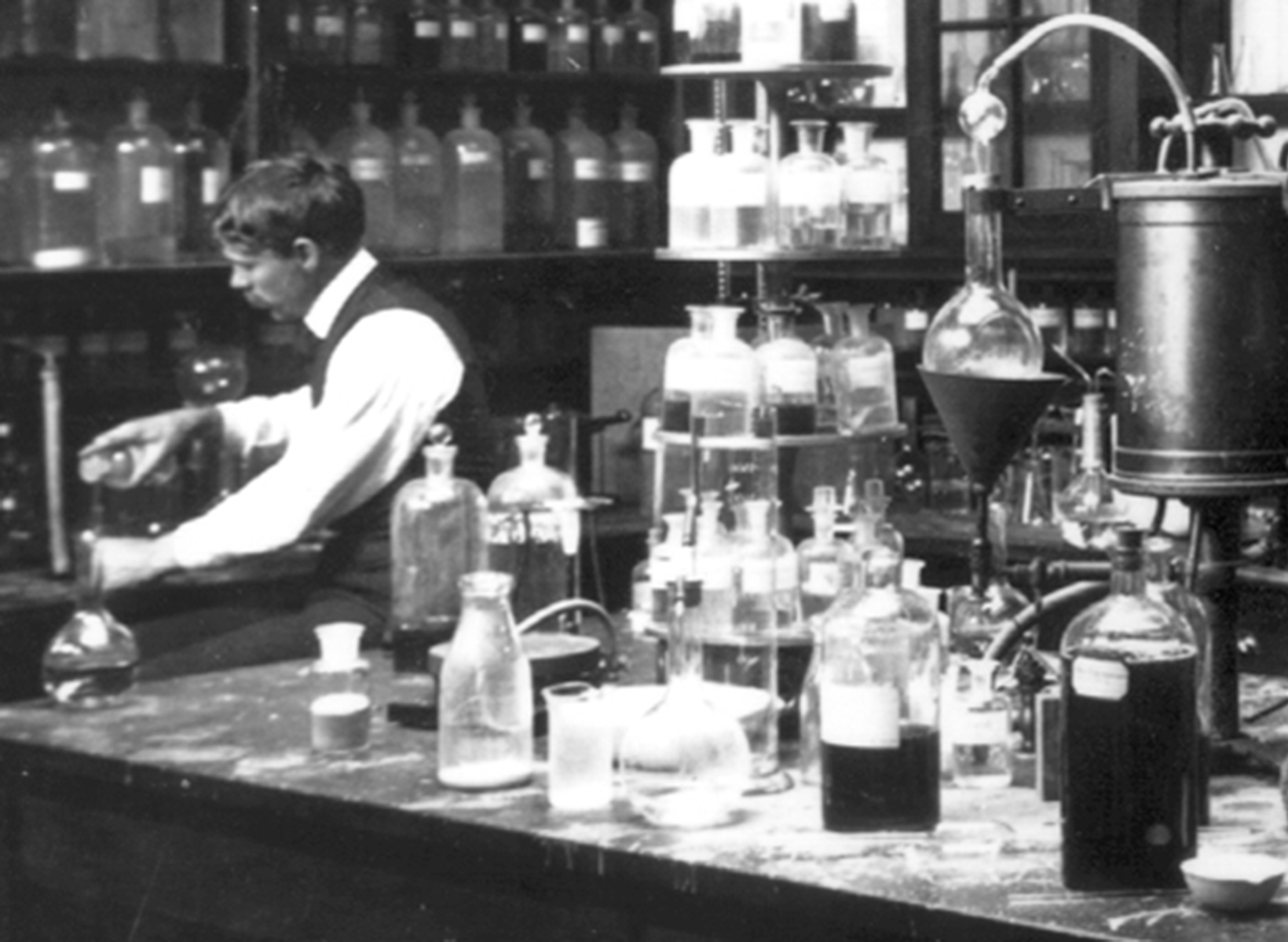 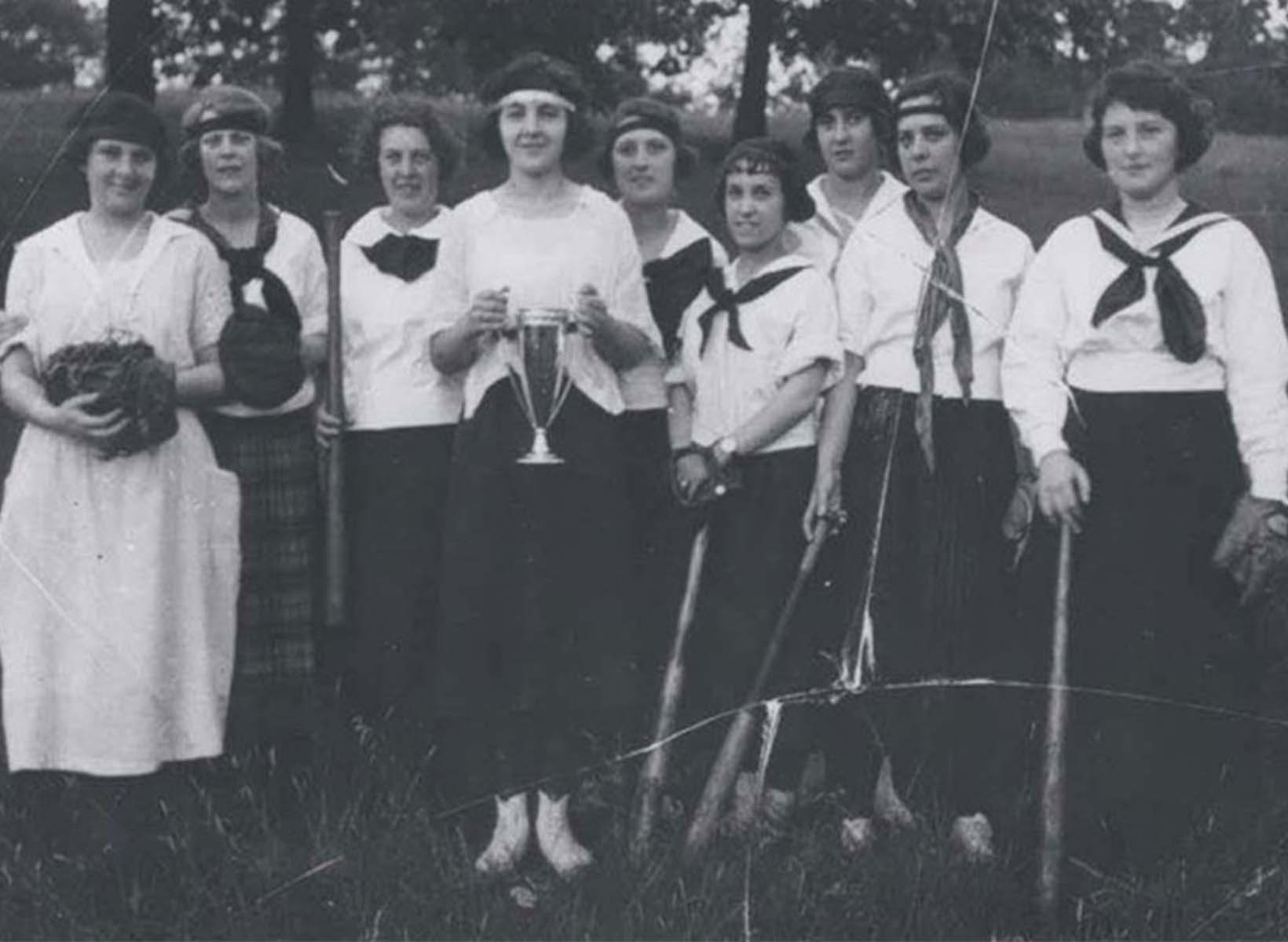 The McLean Nurses' Softball Team, until the mid 1950s, McLean staff worked, lived, and played on campus and staff could often be found playing softball, golf, tennis, or croquet during the warm weather months; during the winter, Upham Bowl was flooded for an ice skating rink, Circa 1918 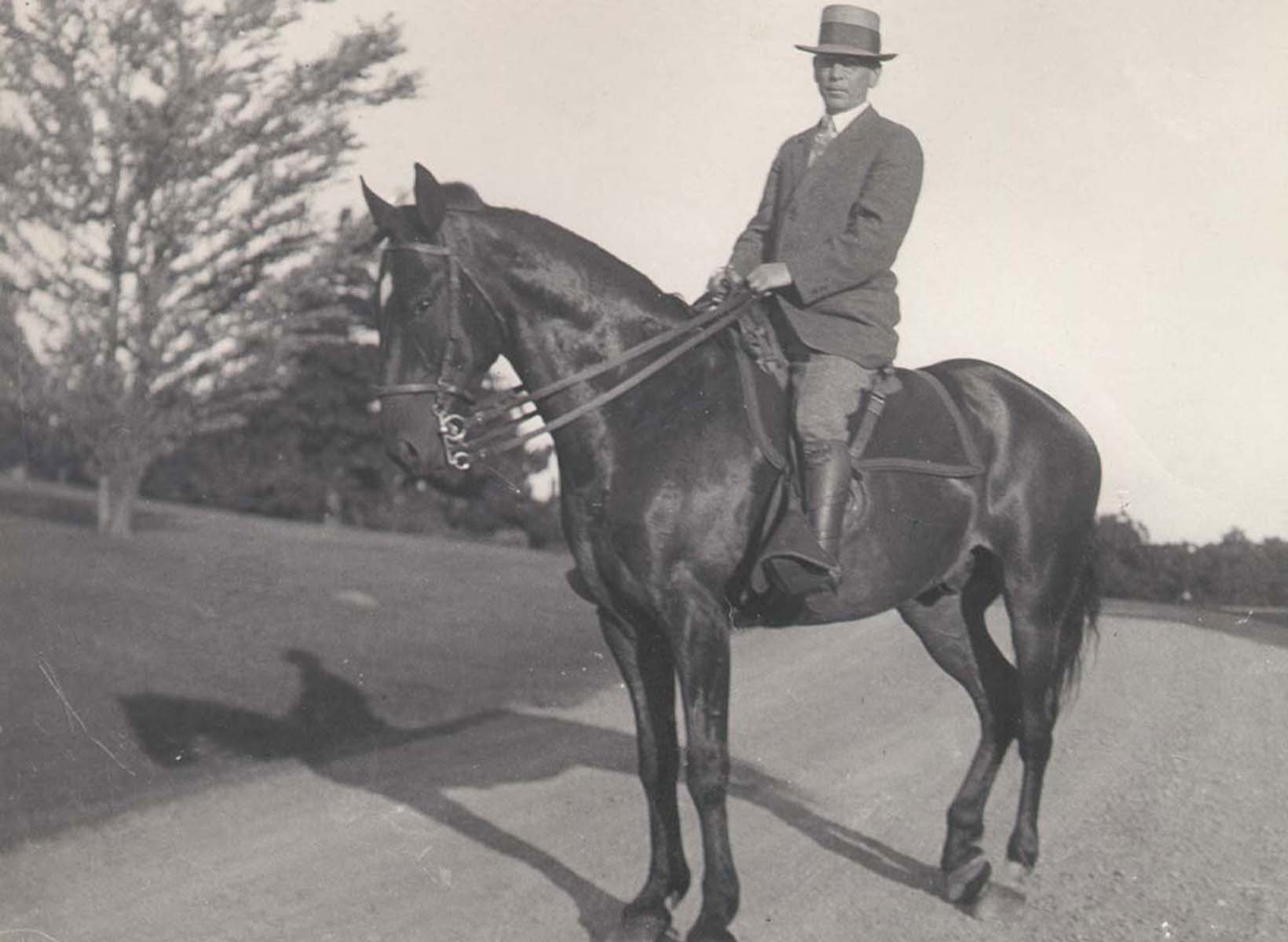 Frederic Packard, superintendent of McLean from 1919 to 1929

Before motor vehicles became a standard form of transportation, horses were used to get around McLean and the town of Belmont. Circa 1920 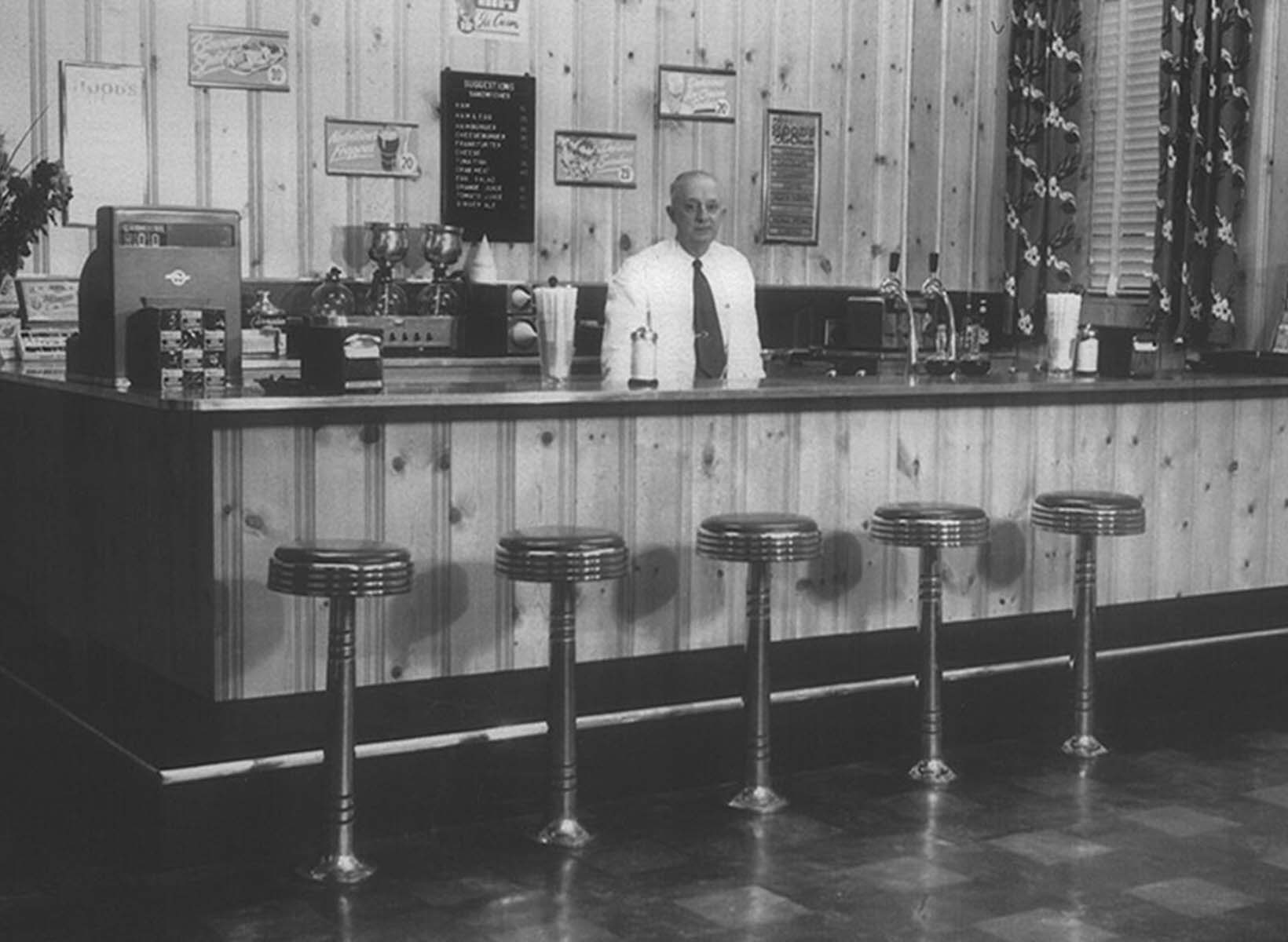 McLean's first snack bar was located in the Centre Building; it moved to the Recreation Building in 1964, Circa 1950 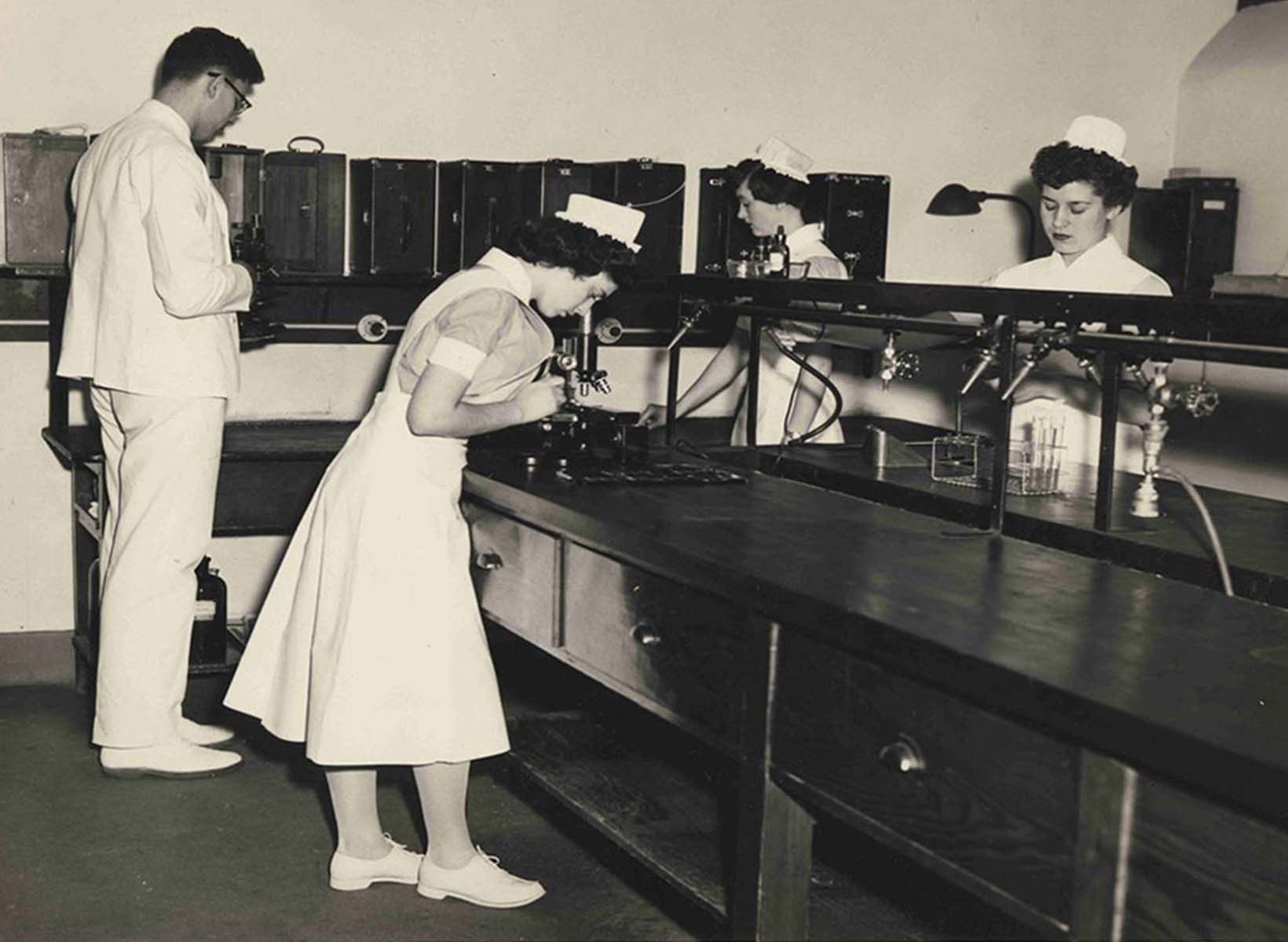 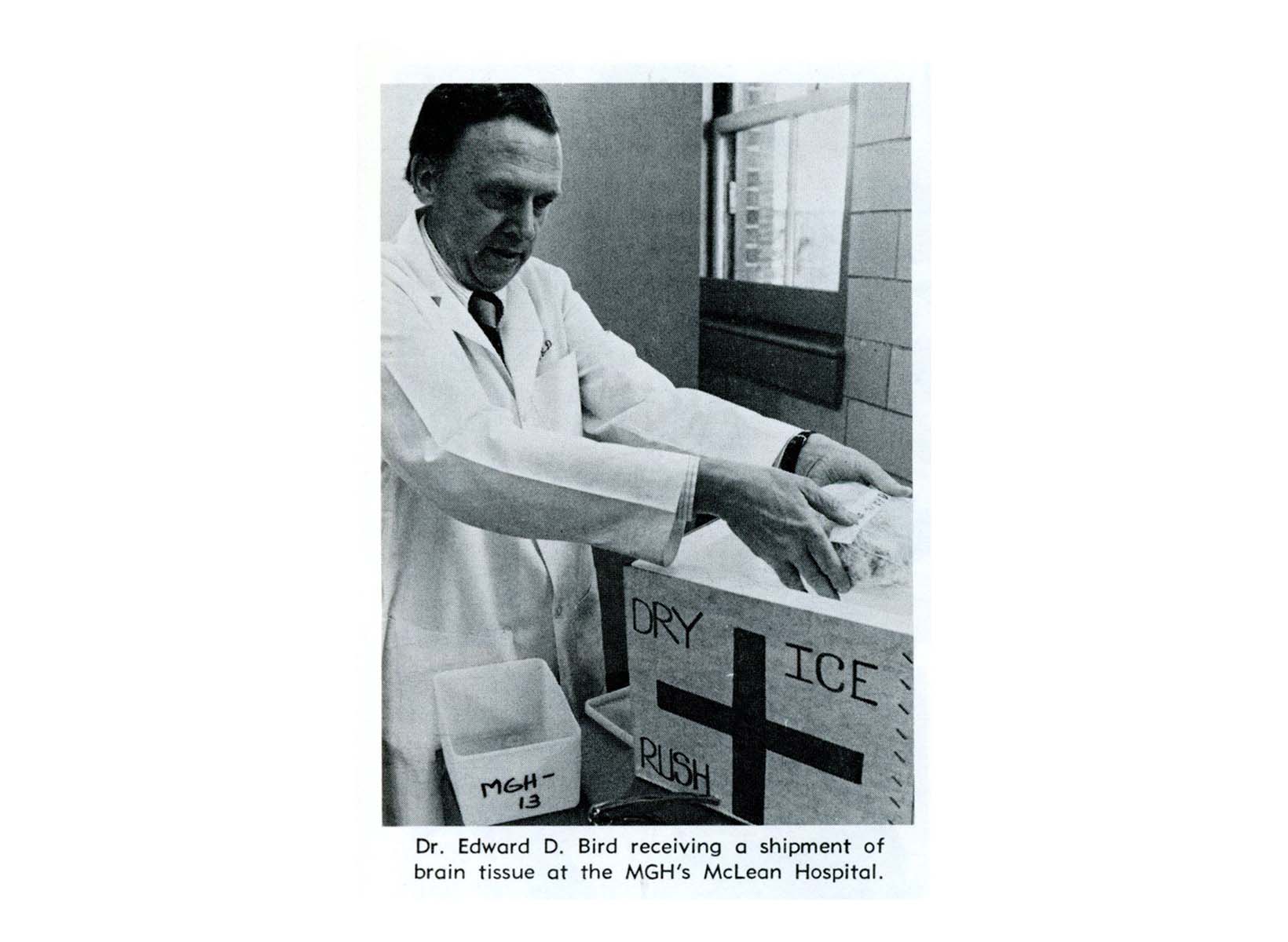 Receving a shipment of brain tissue at the MGH's McLean Hospital, 1979 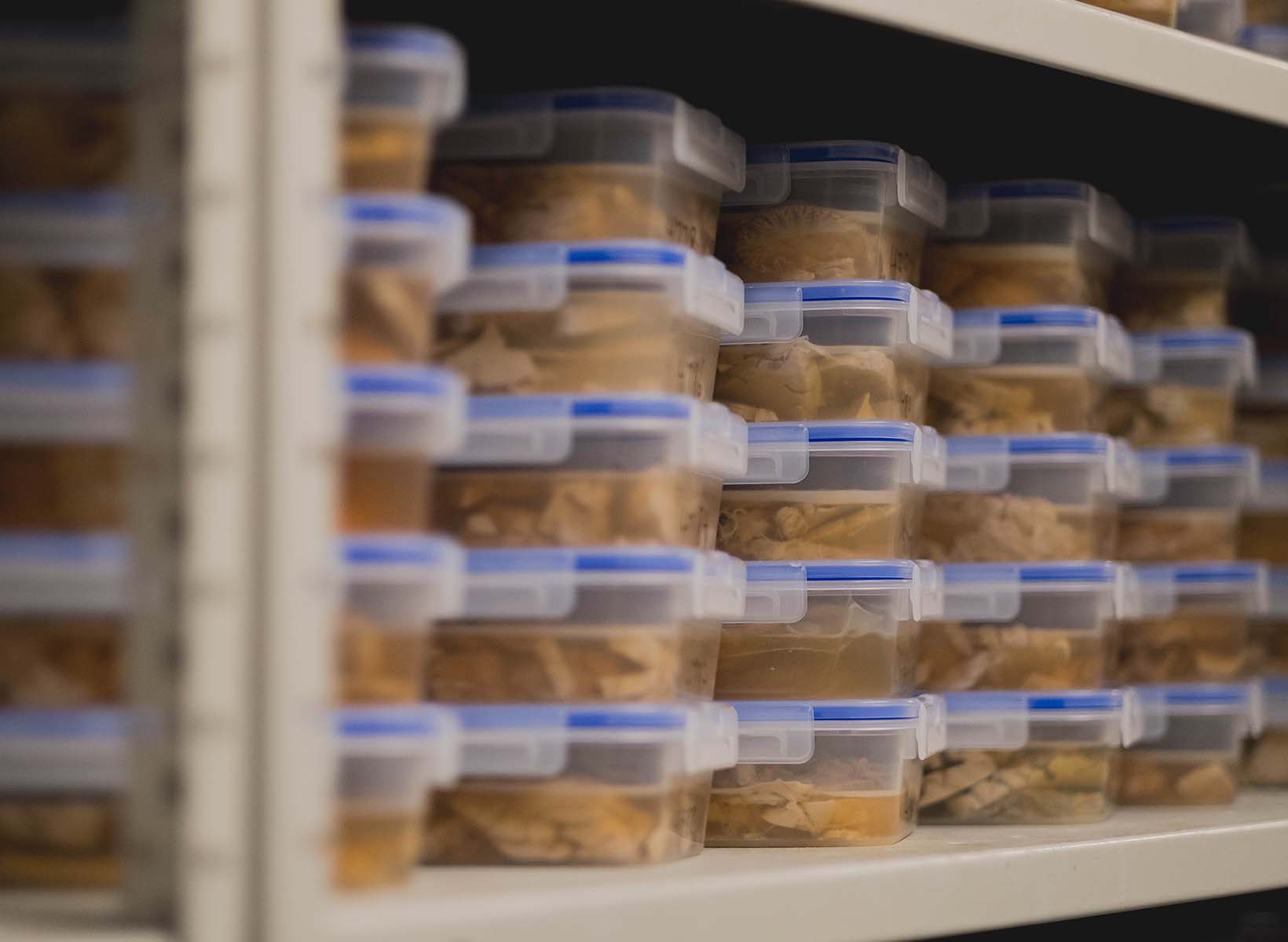 Since its establishment in 1978, the HBTRC has collected over 9,000 brain donations and distributed to investigators over 100,000 samples, 2020

McLean Hospital, initially named "The Asylum for the Insane" was founded in 1811 and opened in 1818 as division of the Massachusetts General Hospital. It was the first hospital in New England, and the fourth institution in the US dedicated to the care of people with psychiatric disorders. In 1826, the Asylum was renamed "The McLean Asylum for the Insane," in honor of John McLean, a benefactor of the Asylum. It received it current name, McLean Hospital, in 1892. Since its inception, McLean Hospital based its framework for patient treatment on ideas proposed by Dr. Philippe Pinel (France) and Quaker William Tuke (England), following the principles of "moral treatment," in its choice of soothing country setting, and in the approach to care for patients. In 1888, McLean Hospital became the first psychiatric hospital in the U.S. to establish basic and clinical research laboratories to study the biological underpinnings of psychiatric disorders. Today, McLean is home to a thriving research community, the largest basic and clinical neuroscience research program of any private psychiatric hospital in the US.

The Harvard Brain Tissue Resource Center (HBTRC) was established at McLean Hospital in 1978, one of the first brain banks in the US. It was founded by Drs. Alfred Pope and Steven Matthysse to serve as a centralized resource for the collection and distribution of human brain specimens for research. Drs. Pope and Matthysse recruited Dr. Edward Bird as the HBTRC's director. With the goal of creating a deeper understanding of psychiatric and neurodegenerative disorders, Dr. Bird helped shape the HBTRC into a prominent resource for investigators in the US and around the world. Dr. Bird retired in 1997.

Upon Dr. Bird's retirement, Dr. Francine Benes became the director of the HBTRC. A world-renowned investigator focused on the pathophysiology of psychiatric disorders, Dr. Benes greatly developed the HBTRC's mission and capabilities. She expanded a country-wide network of recovery specialists to enable brain recovery across the US, updated procedures and protocols, and established collaborations with grassroots organizations such as the National Alliance on Mental Illness (NAMI) and several other private foundations focused on specific brain disorders. In 2013, Dr Benes oversaw the transition of the HBTRC from a free-standing entity to an NIH NeuroBioBank National Brain Tissue Repository.

The HBTRC has received continuous federal funding since its foundation, with a mandate to operate as a national resource for brain tissue samples. In 2013, the NIH established the NeuroBioBank, a collaborative network of six brain banks, including the HBTRC, that work together as NIH National Brain Tissue Repositories. The transition from an independently-funded repository to a NeuroBioBank repository marked an important turning point for the HBTRC, substantially increasing its ability to contribute to research on the human brain and brain disorders. By standardizing and optimizing procedures across National Brain Tissue Repositories and coordinating responses to investigators' tissue requests, we are able to efficiently provide high-quality samples to meet researchers' study designs and scientific needs, thus increasing scientific rigor and potential for novel findings.

In 2014, Dr. Benes stepped down, and Drs. Sabina Berretta and T. Wilson Woo joined forces to co-lead the HBTRC as the scientific director and medical director, respectively. Together, they continued developing the HBTRC's mission and its role within the NeuroBioBank, creating new collaborations with private foundations and with the Brain Donor Project. They also expanded the HBTRC's outreach efforts by working with programs such as Brain Matter. In 2019, Dr. Woo left his role, and Dr. Berretta assumed the position of director of the HBTRC.

As the current director of the HBTRC, Dr. Sabina Berretta endeavors to pursue the HBTRC mission, expanding its specimen collection, nurturing its relationships with foundations and working to increase awareness of the importance of brain donation to research. Through her own research and collaborations with other investigators, she works on testing novel approaches to research on human postmortem brain. Dr. Berretta works closely with her colleagues within the Neurobiobank network to harmonize protocols and establish state-of-the-art procedures to contribute to development of research on brain disorders.

A key aspect of the HBTRC's mission is nurturing partnerships with several foundations to promote awareness of the importance of brain donation for research purposes. Some of these collaborations are decades old, such as those with the a Dystonia Medical Research Foundation, Tourette Association of America, Rettsyndrome.org and Restless Legs Syndrome Foundation. Others have been established in recent years, including the International Foundation for CDKL5 Research, Lupus Research Alliance and the Brown University Tissue Resource for Rare Neurogenetic Disorders (BATON study). Collectively, our work with these organizations has resulted in unique contributions to investigations on brain disorders that would have otherwise gone unexplored, providing invaluable insight into rare and understudied illnesses (see Collaborators...).

Since its establishment in 1978, the HBTRC has collected over 9,000 brain donations from across the US and distributed over a hundred thousand samples, both nationally and globally, that have resulted in hundreds of publications. Over 45 different brain disorders are represented in the HBTRC collection, including a number of rare neurogenetic disorders.