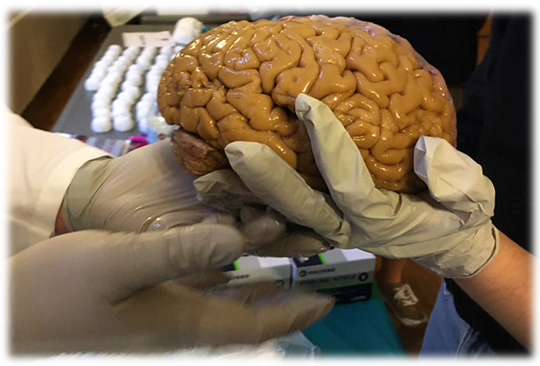 Posted on October 29, 2019
A brain that had the ailment I now suffer
was on display—preserved within a jar,
given with the hope that it would offer
help in understanding what is far
from being understood: the brain’s role in
the ailment they experienced, like me,
crossing now the turf where they had been.
Their gift may help us find a remedy.
I held the brain that once held so much woe,
of someone who, like me, could only guess
where their afflicted consciousness would go,
to other realms or maybe nothingness.
I thank them, and, whatever their belief,
I hope they went to bliss—not just relief.